It was early in 1984. The Apple Macintosh was introduced as the first simple to use consumer computer during Super Bowl XVIII with its famous “1984” television commercial. The Space Shuttle program: STS-41-B was launched, using the Space Shuttle Challenger. A lot was happening, and around that time, Dennis Hubbard decided to change his career and went to work at MP&P. He began working in a company that was already in its 25th year of continuous operation. Eugene and Thomas E. Nalband had founded the company along with their father, Thomas Nalband. 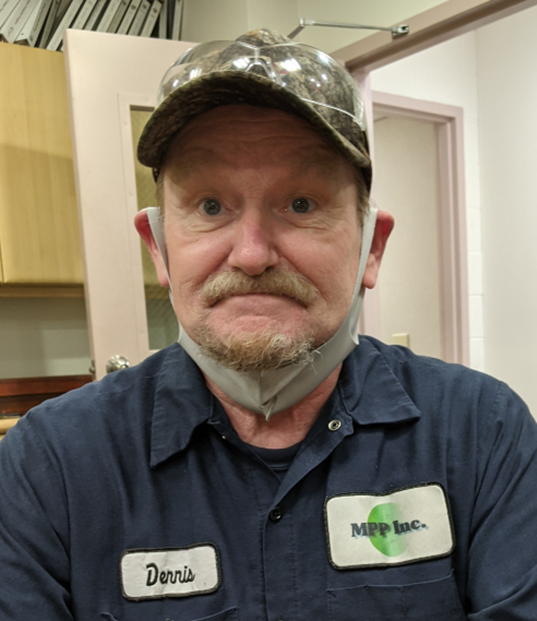 “The place was really busy, people working at every station on industrial rolls of all kinds and sizes,” Dennis recalled. He began working at a variety of jobs including sandblasting and other manual tasks, learning as he went along. The rolls moved from inspection, to blasting to plating and to grinding as he learned the process.

In those days, Gene Nalband would step out to the shop to determine if anything was needed or to check on any issues. It wasn’t long before Dennis began training on the Opttex Process, a device that moves across the roll surface creating a high-gloss finish. This takes place once the preliminary grinding removes snags, tears and grinding lines.

Dennis is now an O.D. Grinder which is a highly detailed process and includes the use of roughness gauges, chrome gauges and a roller gauge that measures the roll straightness from end to end. It’s very technical work and requires full attention and alertness. In addition, he works on patch plating to resolve any imperfections on the roll surface. Dennis also trains others on grinding. 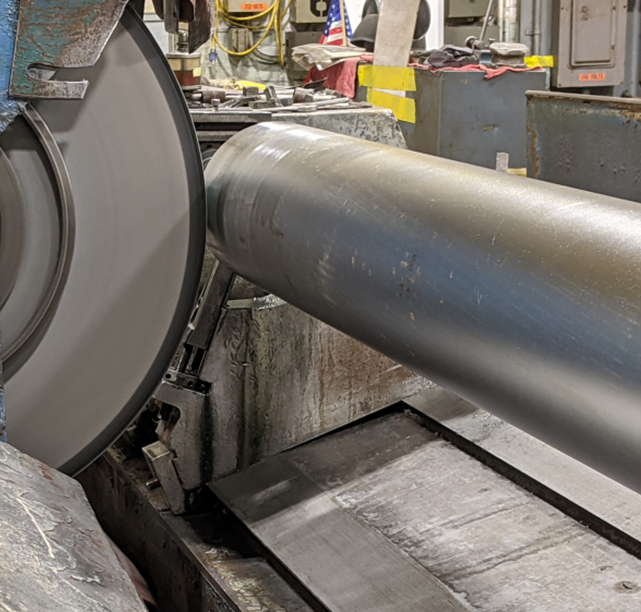 “It’s a great company to work for. We get all the equipment and tools that are needed. People are treated well, and that makes a big difference to everyone. Plus, every roll is different and challenging so you become expert at handling any unusual roll problems. We are busy all the time, which is great job security,” Dennis added.
A legacy of excellence remains the prime goal of everyone at MP&P. That dedication draws top-notch people like Dennis who is approaching four decades of service and more to go. The quality of a company always rests with the quality of its people, and that is another reason why MP&P has become a major leader in industrial roll finishing.