It was 1993, the year of the “The Comeback.” Quarter Back, Frank Reich led the Buffalo Bills back from a deficit and overcame the Houston Oilers 41-38 in overtime in a wild card playoff game. It was the greatest comeback in NFL history. That same year, Dwight Steisel, now a Coasting Specialist, made his career change as he walked out on the floor at MP&P. He had no experience in  industrial roll finishing, but he did have a plan, to pick things up as fast as he could, and learn more than one skill so he could be flexible in handling many of the various roll services. 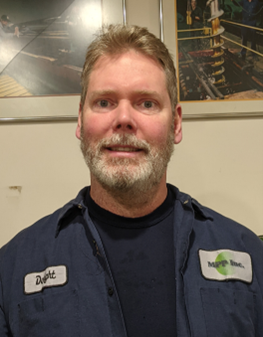 His first position began in the plating department. “ I started working here and was trained  in plating along with my own learning as things went along. There’s a lot of technical details to know,” Dwight said. He went on to become a supervisor in 5 months. He spent 5-years working second shift.

Then he moved to first shift supervisor. Things were fast moving and over time Dwight set his mind on learning as much as he could throughout the shop with a mindset to be more versatile and valuable. 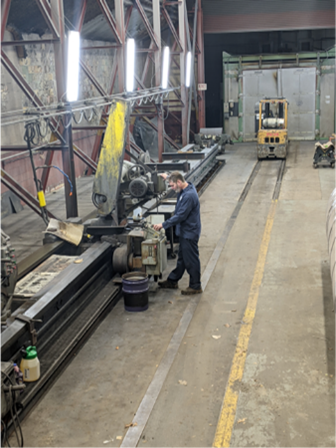 He covered many positions in the company over the years: prep work, metalizing, grinding, high bay work, and nickel plating (the only person handling that). For a time, he oversaw the safety department. His positions took him to, ordering supplies, equipment maintenance, heat treating, and crane operator.  All these positions require attention to detail and the ability to think on your feet. 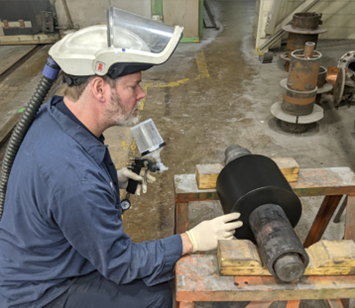 “The working environment here is the key. We have a really great team effort going; we help each other and work hard to keep the roll servicing productive and profitable which also helps us to stay employed, and there’s been no layoffs. 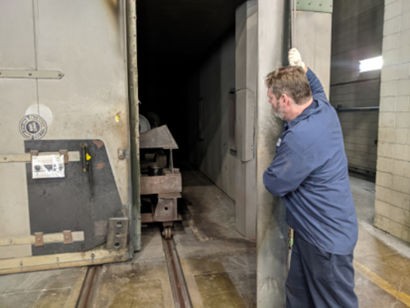 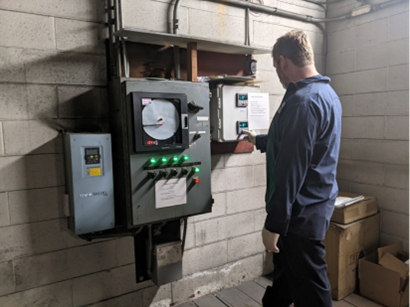 Everyone is involved in getting the work done for our customers. There’s many days when Gary Nalband, the owner, is out here 12 hours a day working, and he’s not the only one— it seems to me that encourages others in the company.” There’s always some kind of problem to solve and that keeps everybody sharp. This is a good place to be working!